Imaging that the teleportation is doable, let’s create an app for it.

As an interstellar space and time exploration institution, we are looking to build an app that allows individuals to travel through time.

Our technologists have found a way to use a mobile device that taps into the universe and makes time travel possible. Design a digital experience for traveling through time.

In a normal process I would follow paths like interviews and competitiveresearch, but given the short time for this exercise and the fact that teleportation is just theoretical (so far), I’ll rely on the following assumptions.

Can the device bring you everywhere in the world? How is it possible to avoid collisions or to be sure that no one is already occupying the spot of the destination?
‍

But what about time travel where & when we don’t know the landscape of that era, the habitat in general and the technology was not already existing so it’s impossible to have spot stations?
‍

What about the needs of a passport or custom verification?

What about users with disabilities?

‍
Use and costs of Ulysses?

‍The application helps to visually set up the trips, but as a device to teleport I was thinking more of an object that has enough battery to work for days and that transfers the user easily even without the use of the spot stations.
After analyzing all the items that can fit the needs I came out with a helmet, that also provide protection and has filters allowing to breath in those environments where the oxygen is little or not existing at all (plus the helmet was also used by Ulysses).

Having a drone that automatically follows the user could be also useful to map the territory if traveling in space and time, giving the opportunity to communicate with the app and creating real-time data useful to understand the area and for other travelers (like explorers did back in time sailing and mapping the world).

Just because the needs of someone teleported in the present are different from someone that instead travels between space and time, I came out with 2 different personas:

User that travels in the present, commuting between favorite places, uses Ulysses mostly to visit friends and family, but also for easily and quickly go in some remote or exotic place having a little time off. His/her main goal is to explore the entire world and keep contacts with family and friends.

There is also a functionality to receive locations from friends/family for events to meet together.

User that wants to explore space and time, his/her main goal is to know more about the past and the future. He/Her needs are to know exactly the time that is spending in some place, in order to be sure to have enough power and energy to go back to the present.

Starting design the wireframes I realized that there are 2 status of the application:

The Traveler: In the present/not traveling choosing This era

The Explorer: In the present/not traveling choosing another era

A simple prototype can be seen here 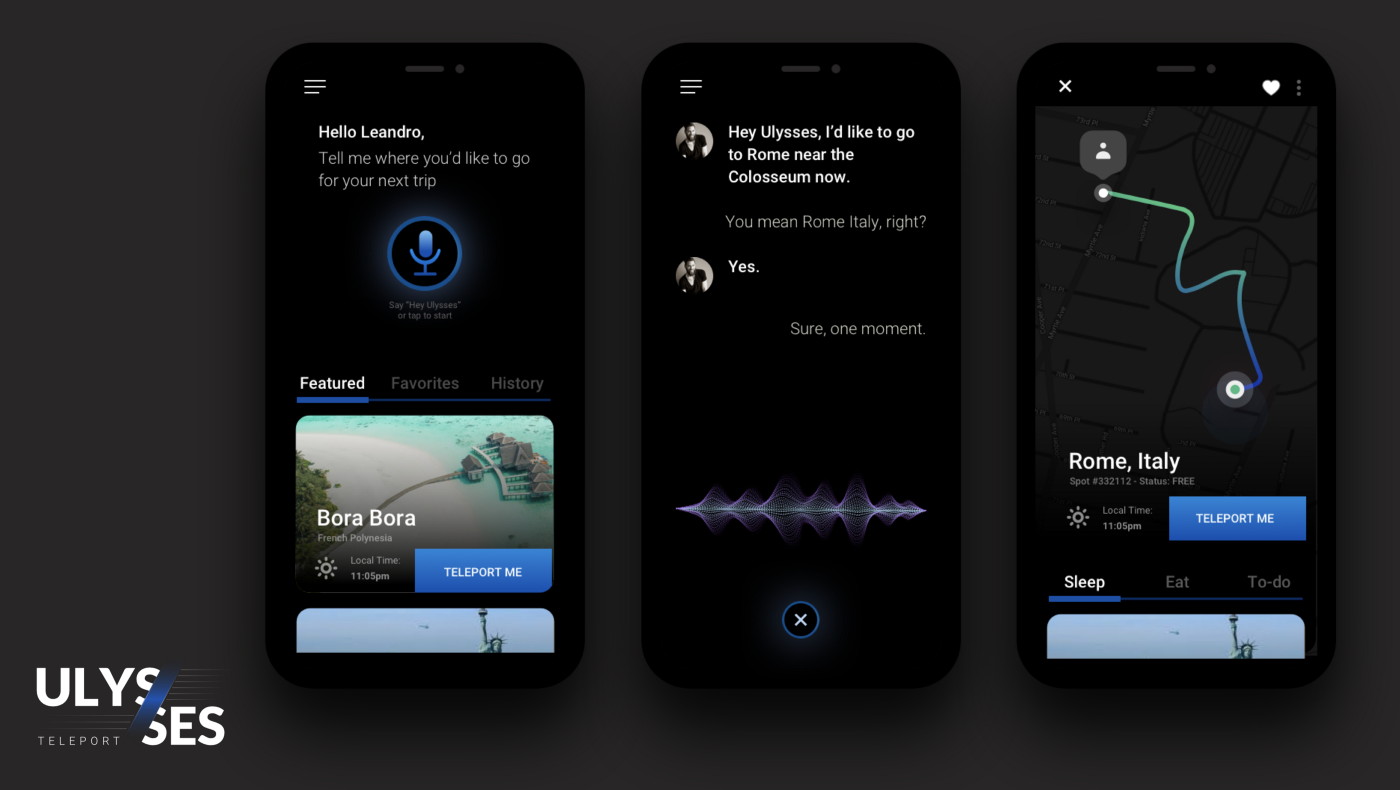